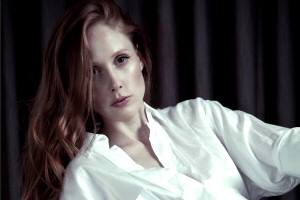 Can you tell me a little about your youth in Australia ? When did you decide to get into songs/music and why ?

Sasja Antheunis : I grew up in Victoria in an outer Melbourne suburb called Eltham, with my older brother. My father is a musician, performer and artist, and my mother is his manager. So, I grew up in the business. I sang and wrote songs from a very young age and never contemplated being anything else other than a singer or actress. My only demon being performing, this is and has always been hard for me as I am very critical of my abilities and strive for unrealistic perfection. I studied, violin, piano, percussion and tennis. I loved tennis and was always very athletic as a child. I hated school from the start and battled with having to go everyday. Though I always had good friends I never enjoyed the baggage and socialising rubbish that came with school. I was much happier at home, painting or doing my own thing. At the age of 16 I auditioned for VCASS (The Victorian College of the Arts Secondary School - http://www.vcass.vic.edu.au) to major in voice improvisation. I was accepted and when I started the following year, surrounded by young dancers and musicians, I felt like I fit in for the first time in my life. There were none of peer pressures of having to fit in, everyone loved what they did, knew what they wanted to do and were thrilled to be doing it.


You made lot of works with Ike Yoshihiro : when and how did you meet him ?

Sasja Antheunis : A mutual friend of ours introduced Ike Yoshihiro to me. She knew he was an accomplished composer and I was a singer/songwriter in Tokyo looking to work. I had just come from writing and recording an album in London. He heard my music and that’s where we started. I now consider him one of my closest friends.


How do you work together and choose one project rather than another ?

S.A. : Ike works 365 days a year 24/7, I don’t think he sleeps. Whenever a job pops up that we are able to collaborated on we jump on the opportunity.


With Yoshihiro Ike, you work on Karas and Cobra the animation, two animation shows having a good popularity. Is it something different from working on TV or movies ?

S.A. : Actually no, I don't feel any difference when working between film and TV or live motion and Anime. I'm given a basic out line of the story or the scene and go from there.


What do you watch and/or do you like watching animation shows ?

S.A. : I do enjoy watching Japanese films and TV dramas. As a child my parents monitored closely what my brother and I watched on TV. One show they didn't have a problem with was Monkey Magic, which my brother and I loved! We would play fight scenes from the show in the garden with brooms and rakes! I also loved Kimba the white lion and Astro Boy!

S.A. : I have seen bits and pieces of the original cobra series and I've seen the all the recent shows I was involved in that have had subtitles applied. 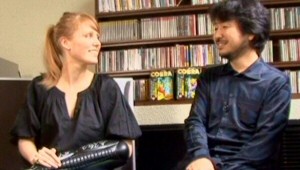 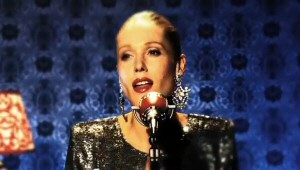 You make also a very beautiful promo music video for Cobra ("Cobra the Space Pirate"). Is it the first time you made this ? How it happened ? If there is occasions, of course, would you like to do this again ?

S.A. : Yes, this was he first time I had partaken in a music clip for any of the projects I had been involved with here in Japan. It was made for TV and big screen promotion adds here in Japan. Making the clip was a lot of fun! The whole thing was quite relaxed and simple to shoot, so everyone involved just had fun with it. So yes, if I had the opportunity to do this sort of thing again then I would love to.

S.A. : I can currently be heard singing in a Japanese drama on channel Fuji TV called Saki. Ike and I wrote and recorded the song in December of last year. I can also be heard on the final credits of a Japanese film coming out this summer in Japan. Future projects are always popping up unexpectantly. This year I hope to record some of my own original music rather than just focusing on commissioned works for others.


Thank you again so much Sasja, I was very glad you acceped this interview and I hope you will success in your own records

Thank you so much! All the best!